A neat piece of kernel code dropped into my lap recently, and as a way of processing having to inject an entire network stack into by brain in less-than-ideal time I thought we'd have a look at it here: NCSI!

NCSI - Not the TV Show

NCSI stands for Network Controller Sideband Interface, and put most simply it is a way for a management controller (eg. a BMC like those found on our OpenPOWER machines) to share a single physical network interface with a host machine. Instead of two distinct network interfaces you plug in a single cable and both the host and the BMC have network connectivity.

NCSI-capable network controllers achieve this by filtering network traffic as it arrives and determining if it is host- or BMC-bound. To know how to do this the BMC needs to tell the network controller what to look out for, and from a Linux driver perspective this the focus of the NCSI protocol. 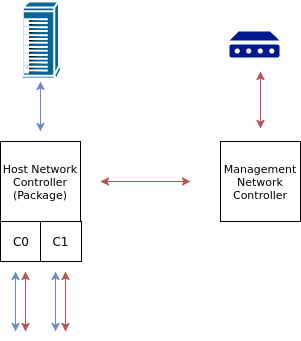 The major components of what NCSI helps facilitate are:

NCSI is the medium and protocol via which these components communicate. 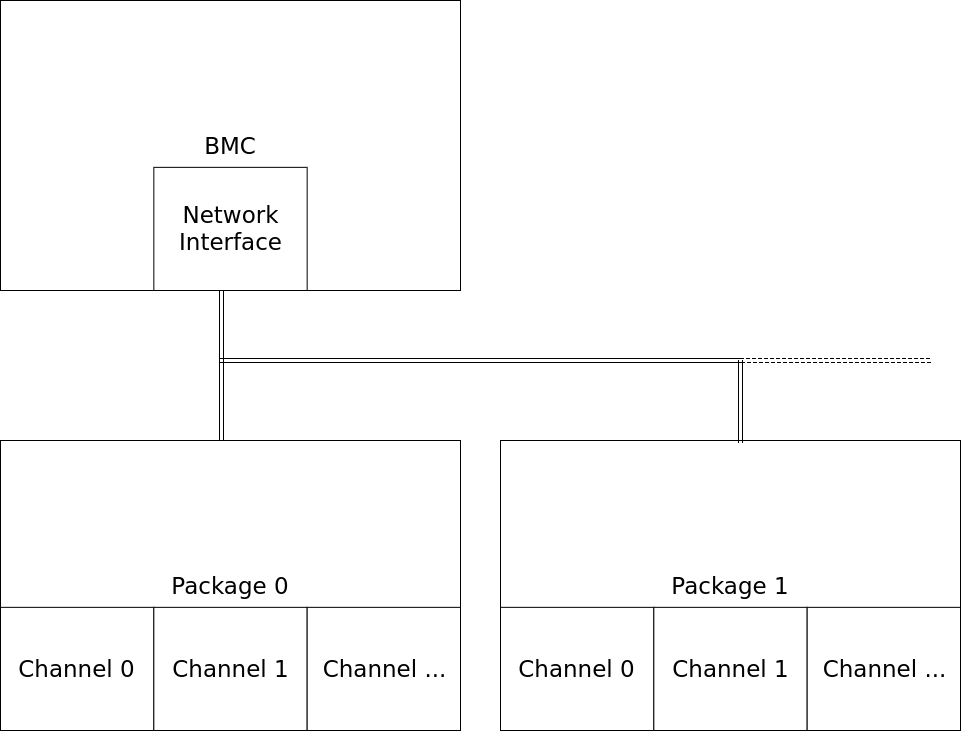 If a BMC's network interface is configured to use NCSI, as soon as the interface is brought up NCSI gets to work finding and configuring a usable channel. The NCSI driver at first glance is an intimidating combination of state machines and packet handlers, but with enough coffee it can be represented like this: 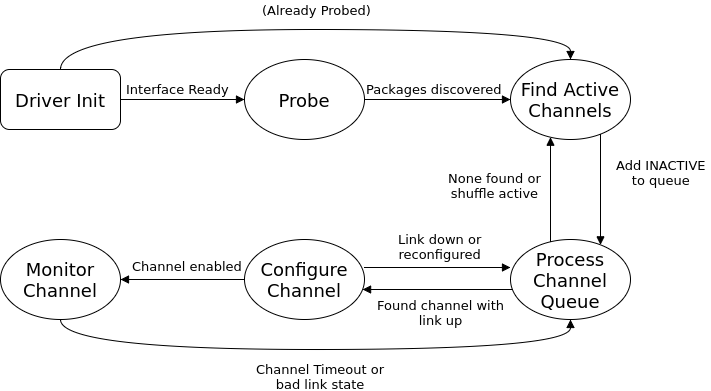 Without getting into the nitty gritty details the overall process for configuring a channel enough to get packets flowing is fairly straightforward:

At this point NCSI takes a back seat to normal network traffic, transmitting a "Get Link Status" packet at regular intervals to monitor the channel.

Changes can occur from the package side too; the NCSI package communicates these back to the BMC with Asynchronous Event Notification (AEN) packets. As the name suggests these can occur at any time and the driver needs to catch and handle these. There are different types but they essentially boil down to changes in link state, telling the BMC the channel needs to be reconfigured, or to select a different channel. These are only transmitted once and no effort is made to recover lost AEN packets - another good reason for the NCSI driver to periodically monitor the channel.

Each channel can be configured to filter traffic based on MAC address, broadcast traffic, multicast traffic, and VLAN tagging. Associated with each of these filters is a filter table which can hold a finite number of entries. In the case of the VLAN filter each channel could match against 15 different VLAN IDs for example, but in practice the physical device will likely support less. Indeed the popular BCM5718 controller supports only two!

This is where I dived into NCSI. The driver had a lot of the pieces for configuring VLAN filters but none of it was actually hooked up in the configure state, and didn't have a way of actually knowing which VLAN IDs were meant to be configured on the interface. The bulk of that work appears in this commit where we take advantage of some useful network stack callbacks to get the VLAN configuration and set them during the configuration state. Getting to the configuration state at some arbitrary time and then managing to assign multiple IDs was the trickiest bit, and is something I'll be looking at simplifying in the future.

NCSI! A neat way to give physically separate users access to a single network controller, and if it works right you won't notice it at all. I'll surely be spending more time here (fleshing out the driver's features, better error handling, and making the state machine a touch more readable to start, and I haven't even mentioned HWA), so watch this space!