Just recently Petitboot added a method to ask the user for a password before allowing certain actions to proceed. Underneath the covers this is checking against the root password, but the UI "pop-up" asking for the password is relatively generic. Something else which has been on the to-do list for a while is support for mounting encrpyted partitions, but there wasn't a good way to retrieve the password for them - until now!

With the password problem solved, there isn't too much else to do. If Petitboot sees an encrypted partition it makes a note of it and informs the UI via the device_add interface. Seeing this the UI shows this device in the UI even though there aren't any boot options associated with it yet: 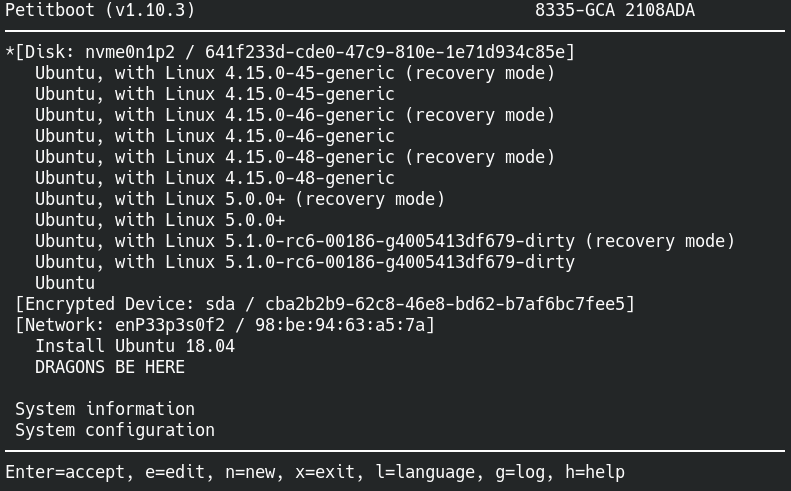 Unlike normal devices in the menu these are selectable; once that happens the user is prompted for the password: 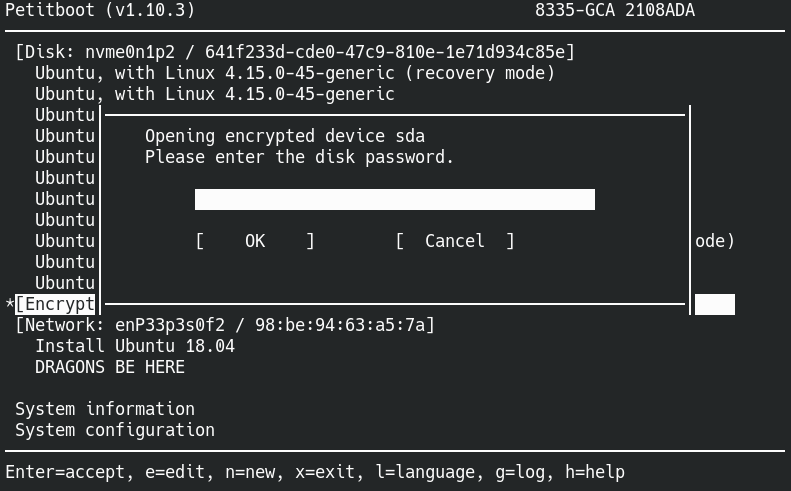 With password in hand pb-discover will then try to open the device with cryptsetup. If that succeeds the encrypted device is removed from the UI and replaced with the new un-encrypted device: 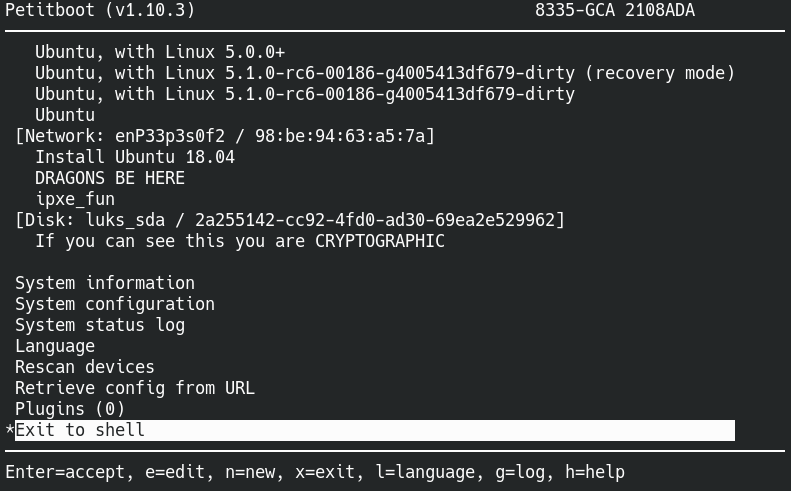 That's it! These devices can't be auto-booted from at the moment since the password needs to be manually entered. The UI also doesn't have a way yet to select specific options for cryptsetup, but if you find yourself needing to do so you can run cryptsetup manually from the shell and pb-discover will recognise the new unencrypted device automatically.

This is in Petitboot as of v1.10.3 so go check it out! Just make sure your image includes the kernel and cryptsetup dependencies.